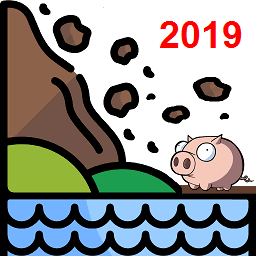 In Chinese Five Elements (Metal, Water, Wood, Fore and Earth) theory, Earth is related to brown. We can call 2019 is the year of Brown Pig. Earth has Yin (Female) and Yang (Male). Yin Earth is wet soil, flatland or farmland. Chinese Zodiac Pig is the Water group. Mixing with water, wet soil becomes sticky and muddy. Therefore, 2019 is the year of Muddy Pig.

How to Forecast Brown Earth Pig of 2019?

Combing Chinese Five Element Astrology and I-Ching inspiration of elements of nature, we would like to discuss what will happen in 2019 and what will impact your career, income, wealth in the Brown Pig year. 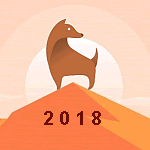 To predict the future, we need to see what is happening now in 2018. We predicted that 2018 is the 2018 Roller Coaster Year of Brown Yang Earth Dog. Yang Earth is connected to the mountain. Dog is in the Earth group. 2018 is the year of Mountain Dog. Since Dog contains Yang Earth, mountain. The sign of 2018 is twin peaks. A mountain faces another mountain. Earth is connected to countries. That implies two countries challenge each other. 2018 is a very strong Earth year. People have good fortune in 2018 if their Chinese Astrology Lucky Element is the Earth. 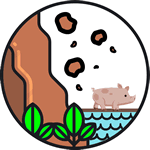 2019 is the year of Brown Yin Earth Pig. Yin Earth is connected to the flatland. Pig contains Yang Water and Yang Wood. Yang Wood is a tall tree. Yang Water is the river or running water. The sign of 2019 is river flowing toward the flatland. It might flash away some soil.

The transition from Yang Earth Dog of 2018 to Yin Earth Pig of 2019 is mountains collapsing down to the flatland. That implies something unexpected and unbelievable will happen. Big companies or someone doing strong and well in 2018 could encounter big frustration. If they don't have plan for unexpected fiasco, then 2019 of Pig year will become a landslide year.

Yin Earth Pig of 2019 is equivalent to I-Ching Hexagram 7, Water-Under-Earth

. Shin means the division of army. Water is the resources for living. A land needs Water. In I-Ching, Water is connected to danger. This implies people fight for resources, money, sea and land in 2019. People are required discipline, wisdom and leadership to solve problems. But the most important thing is people have to stick the morality and ethical principles to win the reputation and wealth. In 2019, most people will focus on income, properties, finance and economy.

2019 Economy and Your Career, Finance, Wealth

Global economic prospects continue to strengthen, but risks have increased. The US unemployment rate in the US declined to 3.7 percent in October of 2018. The unemployment rate of 3.7 percent is 49-year low. New US new lower tax rates should help companies to save more money or hire more employees. But, many companies have sent thousand workers home in 2018 and planed the same strategy for coming years.

The trade war between the US and China is continuing. Higher tariff threats many US and China companies. Ford Motor prepares for more than 20,000 mass layoffs worldwide after losing $1 billion to Trump's trade tariffs. GM announced 14,000 job cuts in November of 2018. HP Inc. planned job cuts to 4,500 to 5,000 employees by the end of fiscal 2019. J.C. Penney, Macy's, Sears and Walmart all planned to eliminate about 5000 positions.

In China, million of job positions are missing. According to China's National Bureau of Statics, the city (not national) unemployment rate in China is reach 5.1% in 2018. That means at least 50 million Chinese are out of job.

We are not focusing on the negative news. The forecast is for people to prepare the bad weather. 2018 is a Roller Coaster Year for some people. Some people lost their jobs in the spring. Many of them should find different positions later, according to the US low unemployment rate. Some people have steady positions, but are going to lose their jobs before Christmas. If global economy continues to grow and stock market continues to climb, then people shouldn't worry too much about their jobs.

The trade war or trace peace between US and China are the key for the global economy. President Donald Trump and President of China, Xi Jinping, declared truce on new tariffs as trade talks continue for 90 days during G-20 leaders meeting in December 2018. That's a good news for job markets. But Donald Trump is the Master of the Deal. Nobody knows when Donald Trump will change his mind during or after the negotiations. If trade talks break off without a deal, the company profit margins of both countries will be trimmed. This will continue to threat the world economic growth, and then impact the job market and stock market. The key person to drive the global economy is President Donald Trump. We would like to study the 2019 Chinese Astrology of Donald Trump, and then we could peek what might be happening in US in the year of Earth Pig.