The Story of Chinese Fortune Calendar 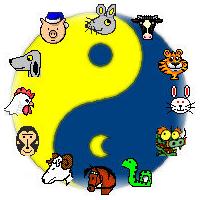 Our first Internet project was the Chinese Lunar Calendar Conversion. I learned how to convert Gregorian calendar to Chinese Lunar Calendar by reading the astronomical books in the US libraries when the first personal computer arrived. It's very complicate to handle the Chinese lunar leap month. Without accuracy data, it's impossible to assign the correct lunar leap month. There is no formula there to satisfy my need. I need to use different approach. I used a high precision astronomical solar and lunar data to build my Chinese Lunar Calendar. I published my first book, Chinese Fortune-telling Calendar for China & USA in 1993. This book becomes my bible. I use that high precision astronomical solar and lunar database as the engine to provide a very accurate calendar conversion for different time zones and city longitudes in the Internet.

The reason I learned the Chinese Lunar Calendar is because my father asked me how to convert dates to Chinese lunar calendar. He was writing a Chinese Five Element Astrology book when I was in the college. I didn't know how because we don't have a computer at that time.

Combing the knowledge of Chinese Lunar Calendar and Five Element astrology, our second project was the Life Rise and Fall Chart. It can tell people's Lucky Element and show people the outline of their fortune. We have received a lot of credit from visitors for this amazing application since 1999.

As a request from visitors, the Baby Gender Predictor was released next. The prediction is based on an ancient Chinese gender statistic chart according to women during their pregnancy. Today, it has become a very popular page on the Internet. After that, Chinese Farmer's Almanac, Fast Love Match and Feng Shui Flying Stars were published. Soon, www.chinesefortunecalendar.com became the most informative and free Chinese astrology site.

There were some bad times that made it difficult to maintain this website. Email viruses attacked many computers around the world. Infected computers were continuously sending email viruses to mastertsai@yahoo.com. As the result of that, the email account was full in a couple hours and was unable to receive new emails. This happened between 2001 and 2003.

Later, we launched the www.5d8z.com, a concise Chinese character version site of www.chinesefortunecalendar.com on January 11, 2008. We also launched the www.mastertsai.com on February 17, 2012 for advanced Chinese Five Element Astrology.

It's been years. You can see the home page of Chinese Fortune Calendar in 1999 at the Internet Achieve site. We have many loyal visitors for more than 10 years. From 2018, we will focus on writing the educational and advanced Chinese horoscope articles for them. If you are interested in learning Chinese Five Element Astrology, then we welcome you to visit us often, give comments and make your wish list.