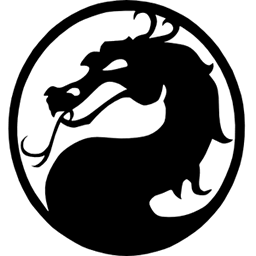 The following is the color animals signs of Chinese Horoscope Yearly Cycles from 2000 Golden Metal Dragon Year to 2012 Black Water Dragon Year. Each yearly Cycle contains Heavenly Stem (upper row) and Earthly Branch (lower row). Stem represents one of Yin-Yang Five Elements (Metal, Water, Wood, Fire and Earth). Branch is the animal zodiac. The zodiac sign contains one or more Five Elements. Based on the major element in the animal sign, we can place Rat and Pig in the Water group; Tiger and Rabbit in the Wood group; Snake and Horse in the Fire group; Monkey and Chicken in the Metal group; Cow, Sheep. Dragon and Dog in the Earth group. When the time happens upon Wood group, then we say the year is in the Wood cycle. Each element group has about a cycle of two years and then it is followed by a cycle of Earth.

Ten astrological cycles have Stem-Branch Fighting Relationships from 2000 to 2012. If we envision the birth chart as a house and yearly Stem-Branch as travelers, then we can say that the travelers are fighting each other outside our house in 2001-2005, 2007-2008 and 2010-2012. If there is a war zone near our house, then we won't feel peaceful all the time. It also implies the outside world is filled with argument and conflict, which impact the way many people live. This might have something to do with that many wars, earthquakes, airplane accidents and natural disasters have happened in many countries in past decade.

2001 was the Metal Snake year. Snake is in the Fire group. Metal and Fire have Fighting Relationship. On September 11, 2001, around 3,000 are killed in the World Trade Center in New York City and Pentagon. Also, the war in Afghanistan began in October, 2001.

2002 was Water Horse Year and Horse is Fire. Fire and Water are opposite elements. On March 1, 2002, U.S. allied troops invaded Afghanistan.

2004 was Wooden Monkey Year and Monkey is Metal. Metal and Wood are rival opponents. Tsunami disasters hit Southeast Asia on December 26, 2004. The huge tsunamis triggered by this earthquake cost the lives of at least 310,000 people.

2005 is Wooden Chicken Year. Chicken is Metal. Metal and Wood have the fighting relationship. The 2005 Pakistan earthquake killed about 80,000 people. In 2005, Hurricane Katrina caused 1,826 deaths in USA and d. $108 billion damages

2007 was Fire Pig Year and Pig Water. Fire and and Water are enemies. In November, Cyclone Sidr struck southern Bangladesh. The number of deaths could be up to 10,000 and more than half a million people were forced to flee their homes. Major floods also arrived in Mexico, South Asia and North Korea in 2007.

2008 was Earth Rat Year and Rat is Water. Earth and Water conflict each other. The Death toll of the earthquake in China's Sichuan Province in May was over 68,712.

2011 is Metal Rabbit Year. Rabbit is pure Wood. Wood and Metal have a the head-to-head collision of a relationship. In March, Japan Tohoku earthquake and tsunami registered a magnitude of 9.0 and killed over 16,000 people. It also caused the nuclear power plants crisis. Bin Laden, the most wanted terrorist in the US list, was shot and killed by a US Navy SEAL team on May 2, 2011. Then, Egyptian revolution overthrew regime of Hosni Mubarak. In the Libyan civil war, Muammar Gaddafi was captured and killed on October 20, 2011. Other mass protests and demonstrations across the Middle East and North Africa are ongoing.

When Yearly Stem and Branch have Fighting Relationship. Then Stem and Branch should have opposing elements. One element does help us and another doesn't. This tells us that most of people have mixed good and bad luck during past 12 years. Will 2012 Water Dragon year bring us the same luck?

2012 is Water Dragon Year. Dragon mainly contains Earth. Earth and Water are opposite elements. It sounds that some bad news will continue to arrive. Some people have predicted the Doomsday on December 21, 2012 after interpreting the ending of the Great Cycle of the Mayan Calendar. Mayans say that this whole cycle of civilization 5,125 years comes to an end on the Winter Solstice, 2012.

In China, there is no prediction about the end of the world in 2012. Conversely, hundreds of years ago, a prophet said China will become prosperous and peaceful in 2012. (see Chinese language webpage at Chinese Prophecy for 2012 at www.5d8z.com).

Actually, Dragon of 2012 also contains Water and Wood. The nickname of Dragon in Chinese astrology is Water Dam. That implies Dragon can hold Water and make it quiet. The conflict between Water and Dragon should be too big. However, Water Dragon year is a strong sign of Water. If any natural disaster happens in 2012, it might be related to water, flood, hurricane, rain, ocean, river or mud. Water is also connected to Wisdom. We hope people will become wiser in 2012 and like avoid fighting because of dispute, conflict, greed, stubbornness or reputation.