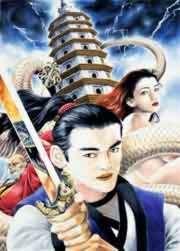 This is a love story about a man and a white snake. The first short tale was found during the Tang Dynasty (618 AD). That's a cautionary, vigilant and tragic story of a man in love with a lady in white. The scenes of West Lake and Thunder Pagoda were added and the central theme was established during the Song Dynasty (960 AD). The entire story was completed during the Ming Dynasty (1368 AD). It was rewritten to beautify characters in some episodes in Ching Dynasty (1644 AD).

It was during the Dragon Boat Festival, when Chinese families like to decorate with calamus and Chinese mugwort around the house and drink wine to drive away spirits. This was dangerous to Lady White and Lady Green, since they were spirits after all. Lady White was pregnant at that time and her magical power had weakened a lot. She tried to drink wine to please her husband. Unfortunately, she couldn't control herself and turned into her snake body in her bedroom. Hsu Sheng saw the white snake and was literally scared to death. 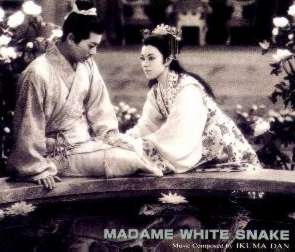