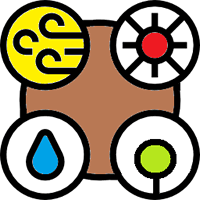 A Dragon Horse jumped out from the River before 3083 B.C. in China. Fu Xi found a weird diagram on the horseback. The diagram shows 5 and 10 marks in the center, 3 and 8 marks on the left, 4 and 9 marks on the right; 2 and 7 marks on the top, and 1 and 6 marks on the bottom. That implied every group of two numbers can get along well together. This diagram is called the "River Diagram".

. Using the numerology of the River Diagram, we find ten Heavenly Stems can have five groups in a romantic relationship. The stems in the same group attract each other.

Two stems have a love attractive relationship when the difference of two sequences is five.

Free Chinese Horoscope Love compatibility Match using birthdays has been serving millions of users since 1999. It's much more accurate than Chinese zodiac signs matching by birth years. Try the love compatibility test with anyone you know using our Fast Love Match...
2022

2022 Chinese New Year Day is on Tuesday, February 1, 2022. The Chinese Zodiac Name is Black Water Tiger. According to Chinese Five Elements theory, Tiger is in the Wood group. People whose Chinese horoscope birth chart has a weak Wood element will have good fortune in 2022. Peek your 2022 Chinese Zodiac Prediction for Year of the Tiger...
REPORT

Your Most Compatible Birthdays

Chinese Fortune Angel Love Match report tells you the most compatible birthdays versus your birthday. It uses three different astrology methods to calculate the best love matching scores. So you can find your ideal companions from the Dating or Matchmaking Services.