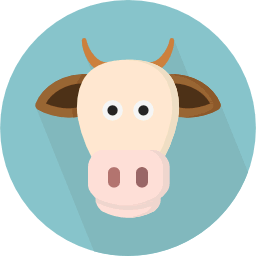 Many women wish to conceive their desired baby gender next pregnancy. Today, the medical high-tech gender selection can help people choose the gender of the baby. But it will cost us a lot. Therefore, some women who have a gender preference might ask for the non-scientific Chinese Baby Gender Prediction Chart how to choose the baby gender before pregnancy.

The following lunar months are calculated using the China time zone. Chinese Lunar Months are different from different time zones. If you need the Chinese lunar months of non-China time zones, then you can have them at Chinese Lunar Month Calendar for Chinese Baby Gender Prediction Chart page. The easiest way to predict the baby gender is from the Chinese Baby Gender Prediction, which does the calculations of birthday, Chinese age, lunar month and time zone before determining the correct baby gender.

According to World Health Organization (WHO) data, the natural sex ratio between males and females at birth is 1.05 from 1990 to 2010 without counting sex-selective abortion and gendercide. That means that at birth on average, there are 105 males for every 100 females. This number is close to US sex ratio. We have extra 5% chance to have baby boys than girls.

If we count for boy blue box in the Prediction Chart for all month columns, we find that January, February, March and April have higher boy counts. This probably is something to do with Chinese I-Ching Hexagrams. I-Ching states the natural phenomena of our universe, and then applies it on people, family and the nation relationships. The nature rule of the universe (Dao) is Yin and Yang. I-Ching uses the symbol of broken bar

as Yin and the solid bar

as Yang. Yin is female or cold. Yang is male or hot. One trigram has 3 bars and one hexagram has 6 bars. Yin-Yang and Hexagram can apply on the months. Each month has its own hexagram. December has the first Yang growing from the ground. January has two Yangs on the ground. February has three Yangs on the ground. March has four Yang bars and April has five Yang bars. Full six Yangs are in May. In June, Yang completely dies and Yin is born.

Do the seasons affect gender of babies? US National Center for Biotechnology Information published a study of The Association between Season of Pregnancy and Birth-Sex among Chinese in 2014. It stated that Chinese mothers pregnant in summer or winter had a higher probability of delivering girls than those pregnant in spring. The statistic data was from 3051 Chinese children who were born between 1 January 2006 and 31 November 2008. They had very good high-quality birth data from the parents. Among 3051 children, there were 1582 boys (51.8%), and 1469 girls (48.2%). The Chinese sex ratio of boy per girl is 1.0769 during 2006 to 2008. The following is the monthly sex ratio chart. 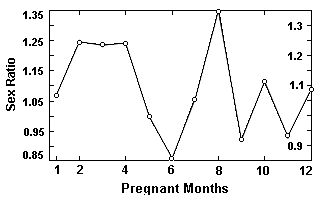 We can see December, January, February, March and April are above average. Those months show higher boy counts in the Chinese Baby Gender Prediction Chart. That means the survey data of baby gender in Ching

Dynasty had the similar result to China birth data between 2006 and 2008. The spring time in China is February, March and April. The energy of Yang growing months from December to April are favorable to have a baby boy in China.

What Influences the Gender of a Baby?

Base on the chrematistics of X and Y chromosomes, people look for the factors to manipulate the chromosomes. There are a variety of theories about influencing the sex of a baby. They said something to do with parents' diet, body's acid and alkaline levels, timing of conception depending on ovulation, weather temperatures, seasons, regions, hormones, stress, blood pressure, etc.

Regarding to the factors of temperatures and seasons influencing baby gender, different countries reported different results. That tells us regions affect sex ratio at birth. What we interest now is the relationship between months and baby genders by regions. The chart below is from the US CDC birth data from 1994 to 2014. The total records are more than 84.8 millions. The original chart is at datawookie.netlify.com. 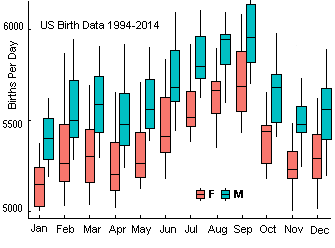 This chart shows more boys were born in July, August, October, November and January. Pregnancy lasts for about 280 days or 40 weeks. It's about 9 months. The conception months in October, November, January, February and April are favorable to have baby boy is USA.

The sex ratio at birth of USA in 2017 is 1.048, below the average 1.07 of the world. Girls like to born in USA today. Probably girls have better human right in USA. The USA 2017 monthly sex ratio counts are in the following.

The higher sex ratio months are January, May and June. More boys born from the conception months in April, August and September according to 2017 US birth data.

Alexander Lerchl of Germany published Seasonality of sex ratio in Germany in 1998. He used the birth data from the German Bureau for Statistics, covering the period from 1946 to 1995.

The peak time for the sex ratio months are April, May, June, November and December. Therefore, The good conception months for baby boy are July, August and September, February and March in Germany. 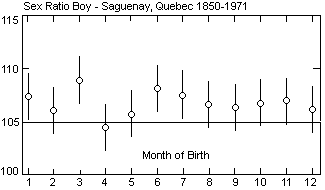 Above is the sex ratio at birth chart of Saguenay city in Quebec, Canada. The total of birth records is 419,467 from 1850 to 1971. The sex ratio of Saguenay is significant higher than the national average 1.056. March is 108.9, June is 108.1, July is 107.5 and January is 107.5. Pregnancy period is about 9 months. The conception months of June, September, October and April have better chances for a baby boy in Saguenay, Canada..

In 2003, Dr. Angelo Cagnacci at Modena, Italy published relationship between conception months and baby gender selection. He discovered that autumn for boys and spring for girls after studying 14,310 births between 1995 and 2001. He found October is the best month for boys and April is the best month for girls. He suggested if you want a boy in that region, then try to time conception in September, October and November. 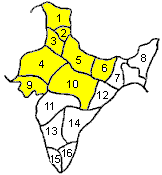 According to the World Bank Data, the 2017 India Sex Ratio at Birth is 1.107. Baby boys are more than 10% than girls. India women today still prefer to have baby boys. In 1972, Japanese Eiji Takahashi published an article of Geographic Distribution and Seasonal Variation of Sex Ratio at Birth in India. The birth data is from 1962 to 1964. The sex ratios are different from 16 states/districts and seasons. The northwestern area of India shows higher sex ratio. In Rajasthan and Uttar Pradesh the sex ratio is over 1.20. The 16 states and districts are 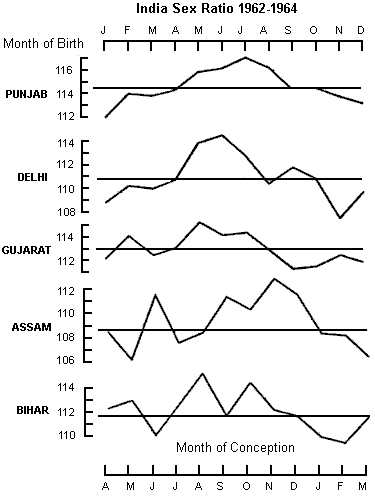 Above are the sample sex ratio charts by month of birth month and month of conception. The higher sex ratio conception months of India are July, August, September, October and November based on the birth data in 1961 to 1964. 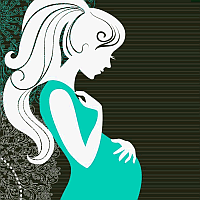 However, most of birth data collected for the chart is before 2002. It looks that the sex ratio will change from generations to generations. If you are interested in today's sex ratio in your country, then look for it from your government website. The blue boxes in the chart below indicate higher sex ratio of male to female.

The next is how to select the days to conceive the desired baby gender using Chinese lunar calendar. If a woman wants to plan for a baby boy, then when are the good days in April and September to conceive?

We compromise the Chinese Lunar Months with Chinese Zodiac Months in the following chart. The days in the lunar month and also in the corresponding Zodiac month are the new revised lunar months. If a woman wants to use the suggestion of Chinese Baby Gender Prediction Chart to conceive next baby, then she should use the revised lunar months.

Where Gender Prediction Chart come from?

Find lucky name for your baby

Plan for a Baby Boy