How to Conceive a Boy? How to Plan for Baby Boy? 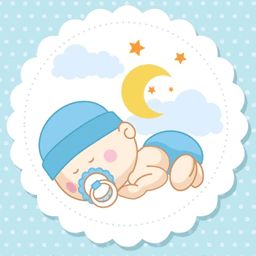 Ancient China was an agricultural society. All families needed manpower to do farming jobs. More members of the family are a sign of prosperity. A man can bring his wife to help the family but a woman could also leave her family after marriage. That is why the Chinese prefer a baby boy than a girl as their family member. China promoted the "One child one family" policy in 1980 for population control. Many Chinese families tried many ways to have their baby boys. Today, Chinese young couples face another problem, they cannot afford to have a second child. They hope their firstborn is a boy. In China, the sex ratio is about 120 boys per 100 girls in 2004. There will be around 30-35 million more Chinese men of marrying age than women by 2020. The sex ratio is estimated at 115 boys per 100 girls in 2016. Chinese have realized the issue and are accepting a baby girl.

India is the second large population in the world. It has a similar issue like China. People in India prefer to have a baby boy over a girl. According to the India government 2011 data, the sex ratio is 1.07. The ratio in urban is 1.11. The ratio in some regions is higher than 1.40. The gender ratio of boy-girl is about 1.12 in 2016. India families are eager to have a baby boy than Chinese.

US Parents Report a Preference to Boys

The USA is the third large population in the world. According to a Gallup Poll in 2011, more Americans would pick a boy, if they were only allowed to have one child. In the poll, 40 percent of respondents reported wanting a boy, whereas 28 percent of definitively wanted a girl. Parents in the USA need to give more protection to the American girl and raise a teen girl as a beautiful flower.

Most of Asia countries and the Muslim world treat men much better than women in their society. Therefore, many families wish that the next time they give birth, the baby would be a boy.

Help You to Choose Baby Gender

Some women wish that the next time they give birth, the baby would be a boy. Chinese Baby Gender Calendar can help women to choose baby gender before their pregnancy. But that's not accurate enough. The Chinese Astrology Calendar can provide additional information about the relationship with our child using the Yin Yang Five Elements theory. The Five-Element relationship between mother and son will help the mother to know which year has a better chance to have a baby boy.

The following method to find a baby boy here applies only to women. It's required your birthday and birth time to build your Chinese astrology birth chart first. We will convert the birth chart into Five Elements, which are Metal, Water, Wood, Fire, and Earth. And then we will tell you which element represents you and which element represents your child. Five Elements are distinguished by Yin (female) and Yang (male). If the element of the mother is Yin, then the element of the son is Yang and vice versa.

Find the element sign of the son from the birth chart

Check the element sign of the son in a certain year

Search the months that contain the element sign of the son to increase the chance to have a baby boy.

There are other factors to determine baby gender. For example, the Five Elements in the Major cycle, the Elements Relationships, and the Animals Relationships might change the result of baby gender. However, the accuracy of this simple baby gender prediction is much higher than the Chinese Baby Gender Statistic Chart.

Please help us! We need your birth data to know and improve the accuracy of this prediction. Please Join The Survey!

Select Your Baby's Birthday
Horoscope of Royal Prince George
Horoscope of Princess Charlotte
Where does the Chinese Baby Gender Chart come from?

What's the accuracy rate of the Chinese Baby Gender Chart? Should women use the Baby Gender Pregnancy Chart to choose the infant gender? We studied the sex ratio at birth data in the northeast regions of China to analyze the association between the Chinese Gender Prediction Chart and sex ratio at birth data. We also did the same analysis for the different countries and regions.

The Chinese Baby Gender Prediction Chart is a cross-reference table of conception months and conception ages. There are 12 months in the table. 2020 is the year of the Rat. 2020 has 13 Chinese lunar months. How do we use the Baby Gender Pregnancy Chart?

Chinese Astrology uses 12-Zodiac-Sign Months. Should we Chinese Astrology or Lunar Calendar? We combine the Chinese lunar calendar and the Chinese astrology Stem-Branch calendar into a new revised Chinese Baby Gender calendar. The days in the months will precisely fall in the lunar month and zodiac months. Thus, women have peace of mind while choosing a day to conceive a baby.

How to Plan for Baby Boy?

If you plan for a baby boy, then you should understand the association between conception months and your local region. If you want to use the Chinese Baby Gender Chart, then we suggest you follow our Chinese Baby Gender Calendar. Here, we have the Chinese Feng Shui and Five Element Astrology theories to help women increase the chance to have a baby boy. If you are serious about the next baby gender, then you should look for the scientific approach.

Blessing all Babies Healthy and Have Abundant Life